I was working in my upstairs office and trying to get through my morning email. Suddenly, I heard my doorbell ring. Who could be at my front door at 3:00 in the afternoon? I was sure it had to be someone selling something. I walked out in the hall and looked down the stairs. I considered going back in my office and hiding but ultimately decided that was probably a childish move.

With a deep sigh, I ran downstairs to get the door, hoping that this interruption would not take too much time. I had so much to do.

Yes, I was right, it was a guy trying to market his services. I smiled and said hello and asked what I could do for him. As he spoke, my mind wandered, waiting for him to get to the point of why he was standing there. He seemed nice enough, but I had things to do and didn’t have much time. He began to tell me about his exterminating company and dropped the names of a couple neighbors. I listened and interrupted him to say that he was talking to the wrong person. Yes, we have an extermination service but I don’t make decisions about it and I really don’t want to change that. I had absolutely no interest in getting involved in this arena. Between you and me, I’d like to pretend this service isn’t even warranted in my house.

I stood there as he went on and on. He went into a detailed story about how his service works, what he specifically does around each crevice of the house and the different kinds of insects that he treats. This whole explanation dragged on for what seemed like forever.

Now, if he would have looked up at my face, he could have seen that I was not interested in the least. His detailed description of his process was not going to sway me into being any more interested. In fact, he was pushing me the other way.

The reason I am telling you this story is because I believe we have something to learn from it. Maybe you’re in sales and you spend your day trying to sell a product or service. Maybe you’re a leader in your organization and you spend your days trying to sell your employees on why they should do what you want them to do. I don’t care who you are or what position you’re in, you still would benefit from learning a lesson from the Bug Man.

The point is that he continued to go on and on when I clearly had no interest. The more I said I wasn’t interested, the more he seemed to be aggressive in trying to communicate information. And therein lies the problem.

He believed that the more information that he shared, the more I would be convinced. More communication was not going to sway my decision. He doesn’t realize that instead of talking, he should be listening. He should be asking me questions. He should be trying to find out WHO is interested in bugs at my house. He should be focused on developing a relationship with me— bombarding me with as much information as possible doesn’t do that. He should be selling me on him— the Bug Man.

Often in our excitement, we think more words will command the attention of others propecia online canada. Selling a product, service or idea is more about listening than it is about talking. Yes, you need to do some talking, but the talking should be strategic and thoughtful.

Every day you go out into the world, hoping to win people over to your side. Here’s a little tip: talk less and listen more. I guarantee that it will pay off for you in the end. 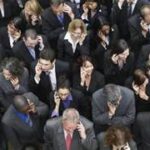