A number of years ago, I was speaking to a group of 300 women at a conference. This was at the beginning of my speaking career and I was still feeling my way through the motions of presenting. I was confident at the beginning and my presentation started off with a bang. However, as I got further into my hour, I started to lose them. I could feel it happening so I tried every trick imaginable to keep them interested. However, they had an option of either attending my presentation or 4 others in the rooms down the hall. As my presentation began its descent, my audience began theirs.

One by one, they walked out, oblivious as to how it affected me. I might add that they didn’t even try to be polite or discreet about their exit. I hung in there, pushing myself to ignore my dwindling audience by focusing on one or two that seemed interested. With a quarter of my audience left, I had never been so glad to end a presentation. I look back on that afternoon as sheer torture— the stuff of nightmares.

That presentation was an epic FAILURE.

How about the time when I was rocking and rolling through a workshop and then took a quick break? I went to the restroom and came out before I realized that I had left my microphone on during the whole experience. In other words, the entire room experienced my “break” right along with me. And then there was the time in my college Anatomy class where I was responsible for learning the parts of my dissected animal for the major exam. I studied and studied but when it came time for the Final Exam, the Professor’s labeled animal parts looked absolutely nothing like mine. I was lost while I looked around at all the pre-med students that knew exactly what they were doing. I failed that class miserably.

That day was another epic failure in my life.

Do I even need to share about when I was fired from my job? Can you spell F-A-I-L?

I’m sure I could fill this page with many other experiences that stand out but I certainly don’t want to bore you. I have a point to make about failure and I’m slowly getting to it. I believe that we look at failure all wrong. Our failures are kept a secret: a shameful, covered up secret. The more we try to cover them up and pretend they don’t exist, the bigger and more powerful they become. If you give some thought to how you view your failures in life, you would agree with me.

I was recently having a conversation with a friend when she got very serious. She whispered a secret about a big fat failure in her life. As we got to the end of the story, I could tell that the failure was weighing her down in life.

I shared with her that instead of hiding our failures, we should be proud and flaunt them. We should be passionate about sharing how we failed and lived through the experience. We should realize that having the courage to try is everything. We should know that failing is a part of life and spurs us on to greater things.

I know this is a tough concept to grasp since our society does not really condone failure. Take a look at social media and you’ll quickly see everyone putting their absolute best self forward— the one that they WANT you to see. But that’s not really the true story. You are a combination of your successes and your failures, and without your failures you won’t have your eventual success.

So be proud to share the tire marks where life ran you over and you still lived to tell the story. Stop giving so much power to your failures and internalize the fact that trying and failing takes courage, strength and true grit. 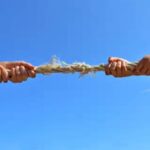 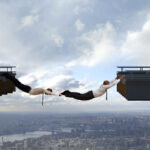