I was on a flight from Chicago to Seattle last week. The plan was to meet my husband in Seattle and drive up to Whistler, British Columbia to do some skiing. I crammed into my seat between two unfriendly individuals and I got ready for take off. I shoved my two bags under my seat, put on my seatbelt and turned my phone off. I did these things because I saw the flight attendant making her way down the aisle to make sure that we were ready for take off, and as everyone knows, these our the rules on a plane.

The pilot announced that we were ready for takeoff and the plane moved down the runway into position. As we picked up speed, my seatmates phone rang. This surprised me and I assumed that he had forgotten to turn it off. What happened next shocked me. While we slowly ascended into the air, he proceeded to answer the phone and actually start to do business. Yes, he was telling the person on the phone what cars he presently had at his establishment. No, he never suggested to his caller that this was a bad time to talk. As I leaned forward and stared at him with my arms crossed in anger, he didn’t seem to be bothered at all. He had a job to do and this was more important than any little rule or regulation.

On my way back home after our trip, I was seated next to a man that appeared to be in the States on business. The captain had already made his announcements and had asked us to turn off our phones. The flight attendants began to come down the aisle and check to make sure we were ready for takeoff. Again, following the rules, I turned off my phone, buckled in and made sure my bags were under the seat appropriately.

My seatmate was still on his phone and had yet to hang up. When the flight attendant finally made her way down the aisle to make sure we were ready, he was off the phone and was now busy texting. The flight attendant leaned over and asked him to stop texting immediately. He ignored her while she stared at him. At this point, she leaned even further over me and glared at him. He acknowledged her at this point and said he would stop.

He did NOT stop.

This flight attendant was seasoned and was not going to put up with this behavior. Actually, I was scared for this man. As the plane started to move, she leaned in as far as she could and grabbed the phone. Only then did he stop what he was doing and agree to put away his phone.

Now, I bring up these two experiences because I believe they reflect a real culture shift. I’m pretty sure that 10 years ago, this would have never happened. Somehow, it’s as if our own needs and desires now outweigh what’s in the best interests of the group. These individuals see themselves as “special” and don’t feel it is necessary to follow the rules and regulations expected in society. Their inability to see, or care how their behavior impacts others, is a major red flag.

The fact that this behavior happened two different times on one trip speaks volumes.

What I do know is that our technology has changed the way that we relate to each other. It’s possible that our obsession with our technology might be inhibiting our ability to communicate and respond appropriately to the people in our immediate surroundings.

So here’s a wake-up call for any of you that see yourself in this story. Put down the technology and treat the people around you with the respect and attention that they deserve. 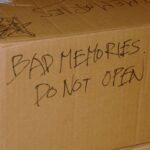 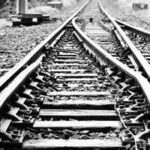