I overheard two business owners having a conversation the other day. Since they were talking about CHANGE, my ears perked up. The one was sharing that he needed to make a behavior change within his team of employees but was confused as to how he should solve the problem. He explained the negative behavior to the other owner and laid out his frustrations in detail.

The other CEO’s face lit up with the solution. He shared that all you had to do was show your employees the “numbers”. His thought was that if you help them see through graphs and figures WHY they should change, then it will happen.

As you can imagine, I found this exchange fascinating. These two individuals were bright, successful people that ran profitable companies. They were strategic, intelligent, hard workers. However, they didn’t understand the first thing about making behavior change in the workplace— or anywhere, for that matter.

Let me backtrack a bit to explain further. Nicolas Epley, author of the book Mindwise, says the main problem is that we think we understand the minds of others, and even our own mind, better than we do. Maybe this business owner truly believes in his mind that he, personally, would be swayed to change behavior by just seeing the facts that prove the point. He then assumes that if he feels that way, everyone else feels that way as well.

However, I beg to differ. I know he thinks that he would be swayed to change if presented with facts, but I’m not sure he has a good read on his own feelings and behavior. I doubt very much that sharing any information is going to solve the problem. This change that the business owner wants to make is entrenched in habits, and reinforced in the company culture. It’s going to take a heck of a lot more than a graph on a Powerpoint to encourage his employees to make this behavior change.

And that’s the real issue here. Leadership believes that if they just keep sharing the facts over and over, employees will hop on board and easily make the change. They assume that since it makes perfect sense to them, in their own minds, it will make perfect sense to everyone else as well.

The first thing that you need to realize is that sometimes, we aren’t even aware WHY we do the things that we do. Our decisions and actions are tied up in our own values, assumptions and past experiences. At times, these can get quite complicated. Believing that just sharing facts on a Powerpoint will convince others to implement change is simplistic at best.

The second point to remember goes back to Nicolas Epley’s statement. Often, we can’t read other people’s mind half as well as we think we can. We make assumptions about how individuals are feeling and thinking that are often quite wrong. We then move on to strategic plans based on this information. This makes the whole process of implementing any CHANGE that much harder.

I ask you to come to terms with this one thought if you are embarking on any sort of CHANGE initiative in the workplace or beyond:

Don’t assume others think, feel and are motivated in the same manner as you. Work hard to get outside your own feelings, assumptions and judgments. 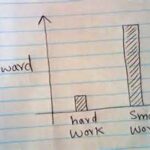