I got up this morning and realized that we had “sprung ahead” and it was now one hour later than I assumed. I began the arduous task of trying to change every single clock in the house. I went downstairs to eat my breakfast and noticed that the dishwasher had run out of any extra space. It was filled haphazardly and completely jam-packed. Accepting that I needed to run it, I sighed and finally pulled out the detergent, starting it up. Of course, I thought. There’s always one more thing for me to do when I’m feeling so tired!

I went to throw something in the trash and realized that it was full and needed to be taken out. I still had clothes in the dryer and another hamper full of whites to go. I began to feel overwhelmed with the number of responsibilities on my list.

And then I stopped and reflected on my situation. These were all the responsibilities that my husband usually takes care of on a consistent basis and he had been gone for the last 6 days.

These tasks usually just get completed and I don’t even have to think about it.

Is it possible that I don’t realize how good I have it? Maybe I don’t tell him enough how much I appreciate everything he does?

It doesn’t matter if we’re talking about a situation with our family, friends or in the workplace. It’s all the same. An article by Tony Schwartz in the Harvard Business Review illustrates this feeling perfectly: A worldwide study conducted by Towers Watson revealed that engagement in the workplace is driven by whether or not workers feel that their managers are genuinely interested in their well being and also whether they feel appreciated for their work. The study revealed that 40% of workers today felt engaged.

So why is it so difficult for us to show gratitude and appreciation for others in the workplace and at home? Whether we like it or not, we easily fall into the pattern of taking things for granted.

So how can we change this negative habit?

The first step lies in acknowledging your own actions.

Make a pact to see the world through new eyes. Take a step back at work and at home, really paying attention to what is going on around you. See all the little things that somehow get completed without you realizing it. The truth is that you can get so caught up in your own agendas, responsibilities, and issues that you can miss what’s right in front you. Do an inventory of where you might need to improve your appreciation skills.

Showing appreciation gets easier the more you do it.

You know how the more you workout the stronger you get? The stronger you get, the easier exercising becomes. Showing gratitude for others is the same— it’s a muscle that you need to exercise on a regular basis. If you continue to say “thank you” and show appreciation for others, the easier and more routine it becomes in your life. It’s a habit like everything else.

Say thank you when they least expect it

I don’t believe in Hallmark holidays like Sweetest Day or Administrative Assistant day. In my opinion, this just seems like a forced appreciation day. It doesn’t feel genuine. If you really want to show your appreciation, demonstrate your gratitude when they least expect it. Do it on a consistent basis when it is deserved. This is when it will mean the most.

I encourage you to start your new appreciation efforts today. Look around and say “thank you” to someone that makes your life easier, without expecting anything in return. 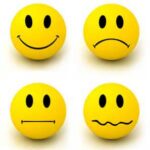