It really isn’t that hard to believe that it happened if you understand the logic behind habits. There I was, struggling as usual to get out of the gym and make it back to my house in time. I knew that I had about 20 minutes to get completely ready to leave for an appointment. Deep in thought about my next appointment, I grabbed my keys that were in the cubby above my jacket and picked up my phone. Doing what I always do when I get in the car, I put my foot on the brake, hit the button to start the engine, and dropped the keys into my purse.

Four days later, I was searching my purse for something, when I found a set of strange keys. I stared at them for a while, trying to think up a logical reason as to why they would be in my purse. I came up empty.

Terrified that I had taken them from someone at the last store I had visited, I ran back to talk to them. They had never seen the keys. I imagined someone, somewhere, was being held captive without his or her keys. I traced and retraced my steps to try to solve the problem, but I just didn’t have the answers.

The next day, I went to the gym early in the morning, as I do every Monday. I mentioned to the worker that I had a strange set of keys in my purse and I sensed they belonged to someone here. I could tell from the look on his face that I had solved the mystery. Apparently, someone went to grab their own keys and found they were missing.

Now, when I do something stupid like this (and it truly was dumb), I have this need to dig down deep and figure out why. How did I not recognize that I was holding someone else’s keys? Why don’t I even remember reaching for the keys in the cubby and leaving the gym?

The answer lies in habits and patterns that we form in our life. In the book, Mindgym, Octavius Black and Sebastian Bailey explain that there are four different states of mind: thinking and critical, which are internal, and engaged and autopilot, which are external. Thinking and engaged are helpful states that allow you to navigate your life, while critical, negative thinking and autopilot states are harmful and stand in the way of you being successful.

You depend on habits for 40% of the actions that you have throughout your day. Habits enable you to perform numerous tasks without exerting as much brainpower. Habits also are the reason that change is so difficult for you. They are deeply ingrained patterns that you do without giving it much thought.

However, in a week where I lost my umbrella, left my sweater at a restaurant AND took someone elses keys, maybe it’s time to rethink my autopilot habits and become more engaged in my surroundings. It is very possible that you might need to give thought to the patterns in your life as well. 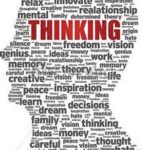 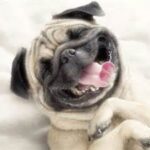