Last week, Miles the Pug and I were on our usual walk in the neighborhood. As I turned the corner, I noticed that the neighbor’s two dogs were in the front of their house on their electric fence. They barked and snarled incessantly at the two of us as I opted to walk on the other side of the street.

I love dogs but those two have always put me on edge. They’re much larger than Miles and appear to be extremely territorial. To put it mildly, they always seem ready to attack.

Anyway, we walked to the front of the subdivision and were finally on our way back. As we got closer to the house with the snarling dogs, the barking became louder and louder. For months, I’ve walked on the sidewalk close to these dogs, trusting the electric fence. This time, I veered out into the street. Call it sixth sense, but those two were making me very nervous.

Suddenly, the bigger and angrier of the two ran full force toward us in the street. I had Miles on a retractable leash and in my panic, I didn’t lock it. There I was, screaming and frantically trying to pick Miles up before he became an appetizer for this dog. The dog targeted Miles by the neck while I chased the two in circles, trying to pick up my dog. Finally, I got ahold of him and began to run, with Miles trying desperately to wriggle out of my arms.

When I got home, I checked every inch of Miles to see if he had any bite marks. I couldn’t find any due to his agile circle moves. I was shocked that I couldn’t locate one bite. The next day, I informed the owners, who didn’t seem that surprised or concerned. The evil dog ran out and came to give me numerous kisses and love.

Two days later, I was walking Miles when we ran into the dog being walked by his young owner. The young man stopped to apologize profusely and as he talked, I noticed his dog was on a tight leash. As he explained himself, his dog obediently stood still. Out of nowhere, Miles the Pug lunged forward to attack the dog, barking and growling. I was shocked and embarrassed.

Now there’s a reason that I’m sharing this story. There’s a lot to learn by analyzing the way Miles and I reacted to this situation. This experience is not very different from how we often react to workplace conflict.

Sometimes we make assumptions about situations and relationships that just aren’t true.

From my vantage point, I saw Miles as the victim and the snarling dog as the bully. I assumed that Miles couldn’t defend himself in such a situation. However, Miles actually handled the dog’s aggression in the best way possible. He put the dog on warning that he was not going to go down easy. I was shocked by this reaction from him.

Conflict is a common occurrence during Change Initiatives in the workplace. There are times when we tend to label and categorize situations and relationships because it makes it easier for us to understand. One person is the bully and one person is the victim. If one person is guilty, than the other person is certainly innocent. However, it is rarely that simple. Often, situations and people can be very complicated.

Peering from the outside, it is often difficult to see the nuances that make up conflict within relationships. It never is as straightforward as it initially appears. Each individual in the relationship plays a part and needs to take responsibility for that piece.

So the next time you see conflict brewing between two individuals, try to refrain from making quick judgments.

Life is rarely explained in black and white terms. 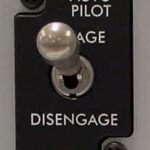