I had to put my dog Myles, the Pug to sleep over the summer. The house was immediately a lot quieter. My husband was not in a hurry to get another dog, so I waited a few months before initiating a campaign to adopt another pet.

In November, we adopted Ruthie the Schoodle. From the start, Ruthie made it very clear that she had her own way of doing things. I attributed this to puppy behavior and then later on, attributed it to adolescence independence. However, I finally realized that Ruthie had a very strong personality and a mind of her own.

At first, this fact drove me crazy. I constantly compared her to laid back, sweet Myles. That Pug would do anything I wanted and had the kindest, sweetest disposition. Myles loved people and everyone in the neighborhood was his friend. Now Ruthie was another story. She would be excited to see people and once they got close, she would pull away, ambivalent about the prospect.

You could put Myles in any situation, and he would enjoy himself. A new experience? Well, Myles was up for it. He jumped headfirst into everything in life. As for Ruthie, she doesn’t like new situations and change. This rattles her and makes her anxious.

Understanding that Ruthie needed some sort of additional training, I enrolled her in a 12-hour weekly Puppy school. My husband called me after the first day of school to tell me that she had been told not to come back. She had flunked puppy school after 4 hours. Of course, I was devastated. In that moment, I judged Ruthie to be a lost cause.

As I processed this new bit of information, I reached out to other trainers to better understand my options. I listened to them, without emotion, and accessed my own wisdom about people and behavior change. Finally, the light bulb went on.

Was Ruthie any different than the many humans I come across in my coaching and therapy practice? I believe that people are capable of great change, regardless of their genetic predispositions. Then why wasn’t I giving Ruthie a break?

First, I needed to stop comparing Ruthie to Myles. Then, I needed to work with Ruthie more to allow her to slowly accept new situations and learn how to adapt. With time and patience, Ruthie could change.

The truth was I needed to change my mindset.

The story of Myles and Ruthie is a great one to understand puppy AND human behavior. Leaders often make the mistake of not having the patience to nurture talent. They see the person in front of them and make snap judgments about their abilities and talent. They are blind to the possibility that with some intensive coaching and guidance, these unperfect humans can become a great asset to their team.

Just like Ruthie, employees might enter your team with a few negative quirks and bad habits. Yes, it takes more energy, but it’s thrilling to watch someone develop to their full potential. With the right guidance and support, they can become an integral part of your successful team. 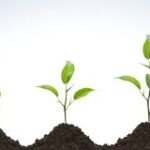