I was going for a walk the other day when my friend pointed out a bird that we saw flying overhead. “That’s a Cowbird,” she commented. For a minute, I thought she had said Cowbird, so my response was, “a what?” “It’s a Cowbird!” I had never heard of a Cowbird. I can identify Cardinals and Robins but beyond that, I’m pretty much lost.

Since I was curious about this bird, I went home and did a little research. What I found out was fascinating. Apparently, Cowbirds originally relied on wandering Buffalo herds for their food. Their snack of choice was the seed in buffalo excrement— as disgusting as that sounds. Anyway, as the buffalo disappeared from our plains, they adapted to another herd food source. They started spending time with cows and found their food supply in the form of insects in the grass, ticks on the cows and seeds/grains.

Since they found their food source with herding animals that always moved on, they would have to lay their eggs and leave them behind in existing nests. To this day, they still follow the same pattern.

Cowbirds will lay their eggs in other bird’s nests. They usually pick the nests of smaller species that they can dominate. They have been known to push out the other eggs already laid by the bird and steal their food. They then take off, leaving their eggs in the nest, with the hope that the other bird will care for them. Often, the smaller bird will raise the young Cowbird as its own. Cowbirds lay as many as 40 eggs in a season, which means they spend a lot of their energy trying to find nests where they can leave their not-yet-hatched babies.

They have learned how to adapt and thrive at the expense of others.

After mulling over this new bit of knowledge, I decided that Cowbirds reminded me of that problem co-worker that I’m sure you’ve encountered at some point in your career. One time, I worked on a group project with three others. The initial idea was mine and I actually did the bulk of the work. I worked very hard on the project and the results were quite impressive. When we presented the project to the big bosses, I began to explain the project for our team and how we would unfold the initiative. Before I could continue, the Cowbird took over. She began to talk in first person and by the end of her soliloquy, she had taken full credit for the idea right through to the end product. She even physically pushed me out of the way during the process. In actuality, she had done none of the work but had left it for me and the other team member.

This human Cowbird had learned all too well how to not only survive but also thrive in the working world. The problem was that she had learned how to thrive at the expense of the other workers around her. In case you’re wondering, she didn’t get away with it. Did you really think that I would take that lying down?

We had a nice chat and she didn’t ever try it again with me. But I’m sure she attempted to repeat her pattern. This was resilience at it’s worst— she had found a way to survive and adapt but created a toxic work environment in the process.

If you currently have a Cowbird in your midst, you need to make sure that they get called out to take responsibility. Their pattern is probably ingrained from many years of practice and won’t change without firm re-direction. 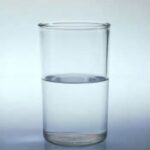